Shop one of our 6 stores for style, service and value.

Francis Furniture is not just another furniture store. Our name signifies a proud heritage of successful business men and women who have dedicated their lives to the principles of selling quality furniture, home decor and mattresses at the lowest possible prices.

For over 80 years, the owners and employees of Francis Furniture have taken pride in knowing that satisfied customers are our most important asset. To satisfy you, our customer, we must be honest and helpful and offer a wide variety of quality furniture and bedding to suit your style and needs at a price you can afford. These principles are the inspiration for our slogan, "You're important to us.", for without our valued customers, there would be no Francis Furniture. 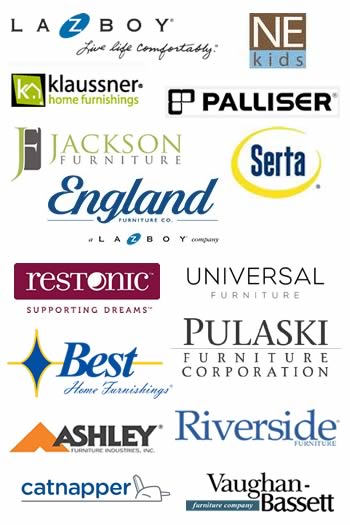 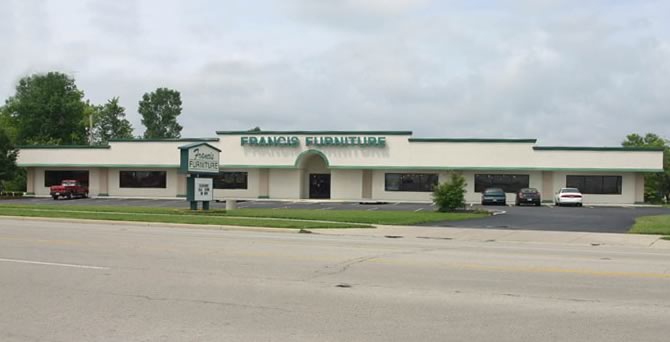 A family business for over 80 years.

Beginning as far back as 1935, the Francis Furniture family has been in the retail furniture business. In 1946, Glen Francis and Marcel Goffena purchased the Sidney Furniture Store from Auglaize Outfitting. They called their business Francis and Goffena. As their families grew, they dissolved their partnership.

In 1960, Glen Francis, Robert Scofield, and Glen's son Ronald, built a new furniture store in Celina, Ohio and called it Francis & Scofield. Later the name was changed to Francis Furniture.

Greenville, Ohio Location
1983 saw the opening of a Greenville, Ohio location. They quickly outgrew this building and built a new store 5 years later in 1988 at its present location on Wagner Avenue.

Troy, Ohio Location
With the continuous growth in the Troy market, Francis Furniture saw a need for a furniture store and decided to expand again. They built their beautiful new Troy store on State Route 41 just west of I-75 in June of 2000.

Francis Furniture is happy and proud to be part of the communities and surrounding areas we serve.

“They have a great selection and wonderful customer service. I highly recommend Francis Furniture.”

“My family has shopped at Francis Furniture for YEARS. Every one we have worked with is professional and really knows their product. They will even come out to your house and help you figure out the best layout and combination of furniture. If you are looking for 'Value City' quality you will not find it here but everything is worth EVERY PENNY you pay for it and they will usually price match.”

“Wide selection of furniture of all kinds and something for every budget.”

“Great place to purchase furniture. The staff is very good.”